Wow Stuff Supports Air Swimmers with the battle of counterfeit toys. Wow! Stuff is taking action against 16 firms over its Air Swimmers remote-controlled flying fish, which became a hit after featuring on The Jonathan Ross Show. 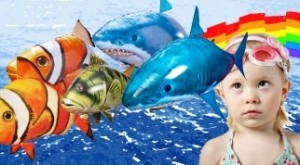 The company, founded by entrepreneur Richard North in 2006, believes it has suffered one of the biggest global counterfeiting operations against a single product. He said legal proceedings were started after approaches for an amicable resolution were refused or ignored.

Lawyers acting for Wow! Stuff, based at Wolverhampton Science Park, also issued warning letters to more than 500 distributors, retailers and manufacturers in the UK, EU and the Far East warning them to withdraw the products.

Wow! Stuff’s legal team is now in talks with the company seeking compensation.

Wow! Stuff, which also manufactures merchandise for Doctor Who and the Science Museum is the official manufacturer and distributor of the product in Europe and globally with the toy giant Toys R Us under an exclusive license from WMC. 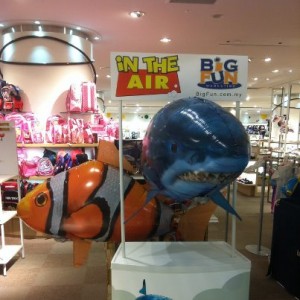 Mr North said: “Court proceedings are certainly not how we would wish to spend our time or our money. However, when we saw the blatant disregard of our investment in this product range and the safety risks posed by these cheap, poor quality counterfeit goods we felt that we had to make a stand.”