The Dolphin Air Swimmers are a knockoff product of the Shark and Clownfish. The William Mark Corporation is still battling the replica companies and trying to save the “Air Swimmers” name before it becomes tainted with fake products and bad reviews. 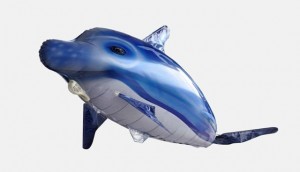 For the people who just want something to fly, the Dolphin Air Swimmers just features a dolphin design on the balloon instead of the original sea creatures. The material of the balloon itself is cheaply made and you could tell that the manufacturing team didn’t want to pay a high fee in the labor process. You simply get what you pay for, all this wouldn’t be too bad if you were just collecting the flying toys for your club but if you’re planning on buying a Dolphin Air Swimmers to replace the genuine shark or clownfish then you should think twice. 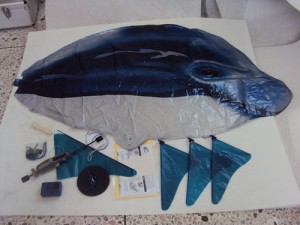 The Dolphin Air Swimmers can be purchased online so be sure to contemplate on which sea animal you’d want to play with. Buying a genuine Air Swimmers model will allow you to get a free replacement if anything happens to it and you can experience the high quality texture and design of the toys.

The Dolphin Air Swimmers knockoffs are called Super Fliers and you can immediately tell where they took the name from. If you want to go more into knockoff name brands then take a look at Mega Fliers and how that closely resembles the official name by the WMC as well. The replica situation is tough, a bunch of people are buying the fakes online because some sites might be selling them a lower price.

Like it was stated earlier the Dolphin Air Swimmers can be added to your collection but it would not be a good idea to have this as your first remote controlled flying fish.