The Air Swimmers got so big that it even got featured on television worldwide. There was also a few Air Swimmers on the news which had a story about the Air Swimmers Shark and Clownfish escaping people’s houses because they left the door wide open and it drifted out to space.

Another great toy by the William Mark Corporation is the “Flitter Fairies” which is pretty neat because you can create your very own fairytale world by having little fairies floating around you. It comes with five different Fairies to choose from so that’s a great thing there.

So this somewhat lets you see that William Mark Corporation is not a new company. If people actually read the biography of this company, they’ll see it for what it’s worth because the story of how they even got started with the company is a fascinating read. 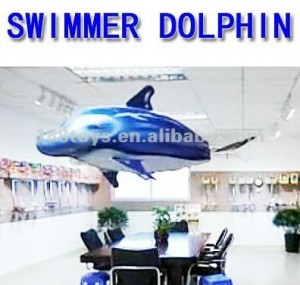 Please stop creating Replica Air Swimmers; it’s a shame to see such a good idea ripped off just for a quick buck.
Support the William Mark Corporation and buy a Genuine Air Swimmer!