You are in for a treat this Christmas because the William Mark Corporation will be introducing the new Air Swimmers Piranha. The fans all over the world were wondering if the WMC stopped making the Air Swimmer products because of the knockoffs and such but majority of them had a little faith saying “I know they’ll be back”. 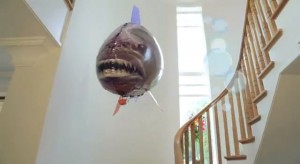 If you’re into collecting remote controlled toys then you will love the new Air Swimmers Piranha that is prepared to launch during Christmas. The toy is similar to the flying shark and clownfish models but he design is totally different, it looks a lot scarier and that can definitely be used for your advantage.

It would be perfect to use for pranks and it has the potential to scare just about anyone if you use it at the right moment. 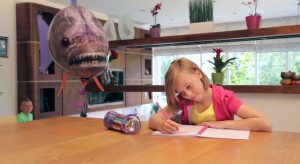 This particular remote controlled flying fish is not on Amazon as of yet but when it gets released you can find it listed under the genuine Amazon seller list. The assembly process for the Air Swimmers Piranha will be similar to the shark and clownfish so you don’t have to worry so much about setting it up.

Keep on the lookout for the new Air Swimmers Piranha.