Will we see the Air Swimmer Sea Bass anytime soon? Air Swimmer fans all around the world have been waiting for a newer RC flying toy model to be manufactured by the William Mark Corporation for quite some time now. The flying Great White Shark and Clownfish are both great products but surely the William Mark Corporation wouldn’t want the air swimmer line to stop with just two products.
The newest model amongst the Air Swimmer family was rumored to be a Sea Bass. 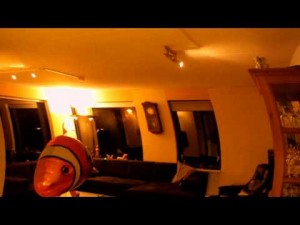 The Air Swimmer Sea Bass was rumored to be out at the ending of January 2012. We have been on the lookout for news on a new air swimmer model but nothing has showed up.

Air Swimmer fans from all over the world are sending in suggestions for new models ideas.

We’ve gotten ideas such as whales, mermaids and dolphins, all in which is cool but they have horizontal fins so they would look a bit awkward when trying to fly them. The Air Swimmers fins need to be vertical in order for it to fly properly.